3hattrio was born when violinist Eli Wrankle was 15 years old. They got together when

to perform at Disneyland. After the rehearsal, family friends and veteran musicians Greg

Istock and Hal Cannon asked if Eli wanted to jam. He had never played music that way

before but agreed. When they finished, he asked for more. The group was born purely

out of friendship, localness, and musical chemistry.

If you ask most people what Western music is you are likely to hear the response,

cowboys and Indians. 3hattrio has great respect for these music’s but they also believe

the vastness of the American West deserves much more. Musicians identify with things

larger than themselves. Music is often identified with place, like the Delta and its blues

or Appalachia and its mountain music. The 3hattrio inspiration comes from the deserts

an unusual twist. Living in the same isolated place, surrounded by an inspiring

landscape of red cliffs is what makes this group thrive. Their first album, “Year One,”

was hailed by Baxter Black as a “profundo Gregorian sagebrush chant.” Since then

singer and plays banjo and guitar. He is also a scholar of cowboy music and poetry.

Greg Istock plays acoustic bass and foot percussion. He has a Caribbean music

background and is also a visual artist. Eli Wrankle, is classically trained violinist who

studies at Southern Utah University and comes from a family of artists.

3hattrio lives in a place that has a great and lasting indigenous imprint on it. They don’t

centuries. They are modern day settlers in a place where settlement is not all that old.

Folklorist and musician Hal Cannon says, "From our vantage we are not all that different

from other pioneers who came from diverse places to make community. From our 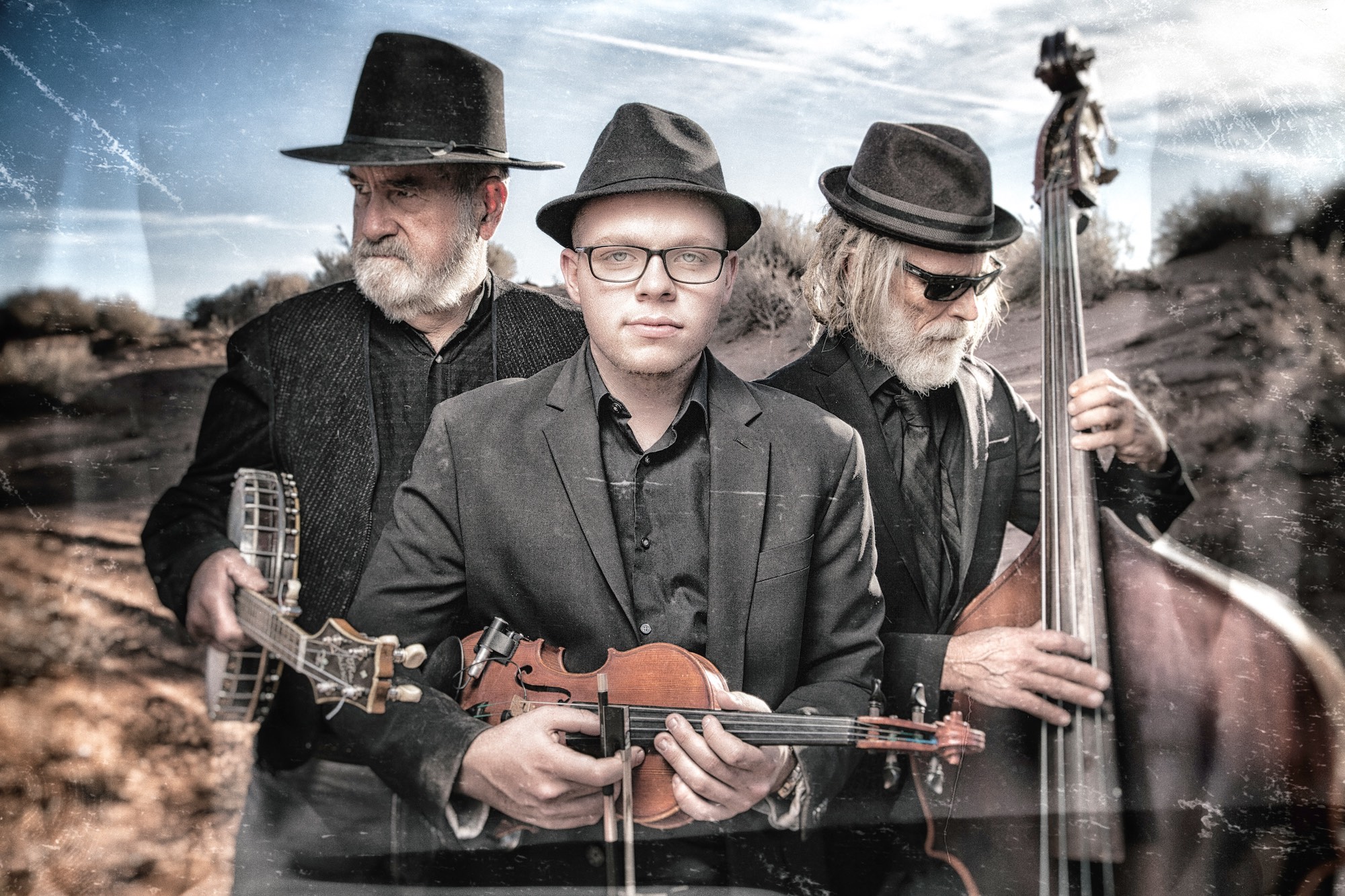