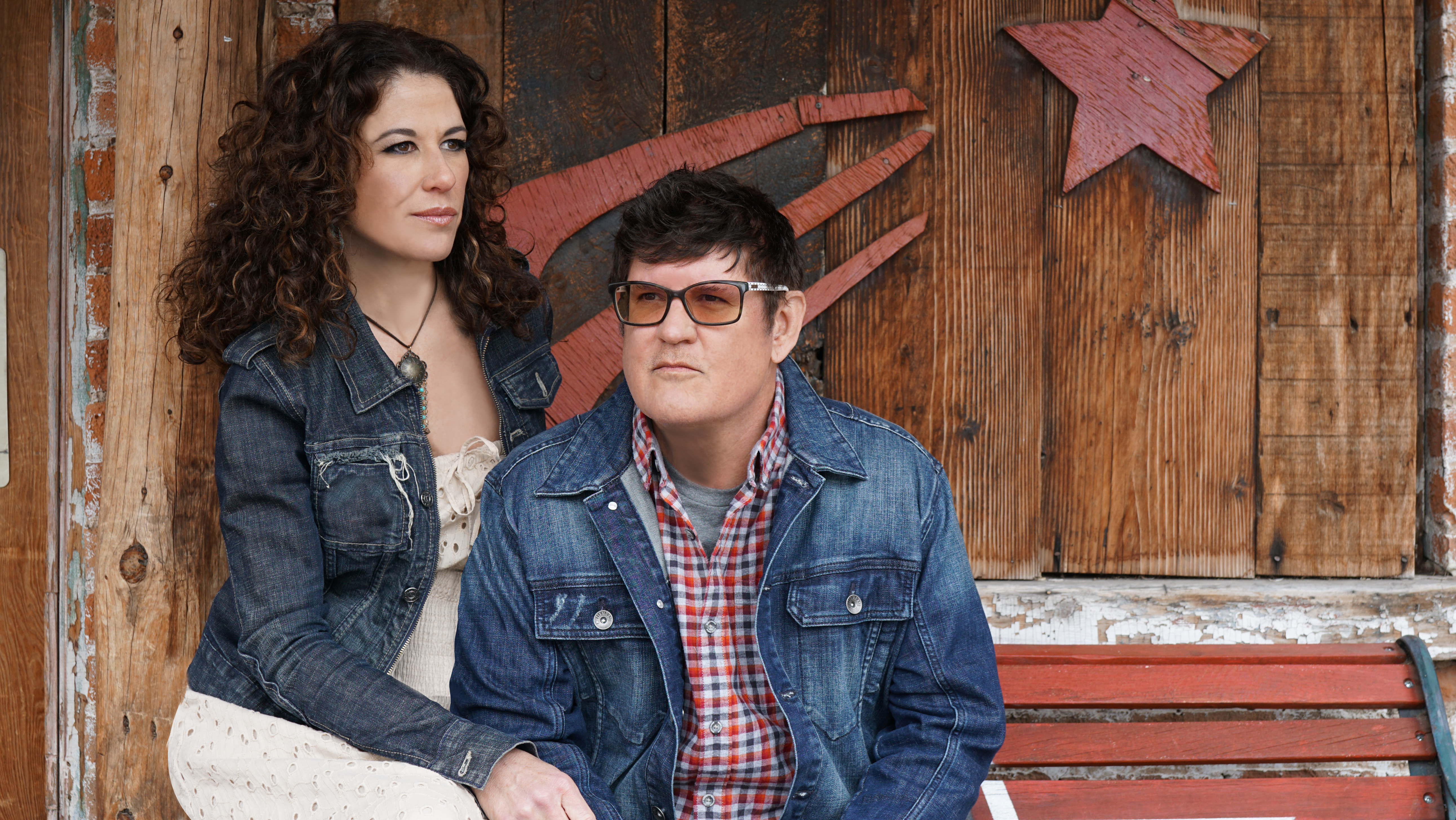 Americana duo, Troubadour 77, is the brainchild of Grammy award-winning singer-songwriters, Anna Wilson(Piano/Lead Vocals) and Monty Powell (Guitar/Vocals).  Wilson and Powell have been married for 18 years and making music together as artists, songwriters and producers in Nashville for over three decades.  Collectively they have written a dozen #1 songs and countless album cuts that appear on over 70 million records, have co-produced unique special projects that pay tribute to the Eagles, Billy Joel and the Countrypolitan era of music, and penned the international theme song for Habitat for Humanity.  Additionally, Powell was a key creative force in establishing the mega success story of Keith Urban.  He was his early producer and one of Urban’s top collaborators for many years, earning Golden Globe nominations and countless industry awards for the songs they composed together.  Ultimately, Wilson and Powell spent 25 years in Music City together, but it wasn’t until after breaking away and retreating to their second home in the Utah mountains that they found a new muse that came calling so strong, they had to answer.

In 2016 Wilson and Powell formed "T77" as they often are referred to, in an effort to carry the torch of the 70s Laurel Canyon, Southern California sound that is reminiscent of the classic singer-songwriters that influenced and helped define their generation, and that metaphorical flame was fully ignited on the band's debut release, "Selma Avenue."  It all began when Wilson started revisiting the records of Jackson Browne, the Eagles, Firefall, Linda Ronstadt and many others, and realized how much she missed that sound and someone just singing her a great song.  Wilson states, “Those artists made music that was authentic and addressed the issues of the times, and all those songs still hold up 40 years later because they are honest and real.  Today, Americana music is the place allowing artists to carry a similar torch and we are excited to be a part of that community."

Troubadour 77 is currently in the studio writing and recording their next record that will be released this summer in conjunction with their singer-songwriter music festival that they started last year, TrouBeliever Fest.  The songs capture the mood and culture of the current times commenting on the state of our country, the green/earth movement and yes, even the state of the music industry itself.  "It is shaping up to be a collection of songs that is refreshing, sonically energizing, bold, and lyrically captivating," says Powell.

T77 is gearing up to bring their new music to audiences this summer.  Powell states, "We can't wait to get out there and share what we are creating with a whole new audience in Americana."  They have already shared billings with established acts like Brandi Carlile, Los Lobos and Robert Randolph & The Family Band, and in 2017 they also kicked off the BottleRock Napa Valley music festival whose lineup included Maroon 5, The Foo Fighters, Macklemore, Michael Franti and the late, great Tom Petty, just to name a few.

As T77 rolls forward, it is clear they are setting out to find their "Troubelievers" as they call members of their fan club.  “We know they are out there,” says Wilson, “We are going to seek them out one song at a time.”