"Stories are all around us, and I’m listening to people even when they think I'm not," states Sammy Brue.  "If I get to the emotion of it, I can find the words.”

Realism and storytelling are qualities that are prominent on I Am Nice, the 17-year-old Utah singer-songwriter's New West debut.  The 12-song album—produced by Ben Tanner of Alabama Shakes and John Paul White of the Civil Wars—shows the young troubadour to be a timeless talent whose catchy compositions embody the sort of wisdom, empathy and insight that's usually associated with more experienced songwriters.

On such distinctive originals as "I Know," "Was I the Only One," "I Never Said" and "Control Freak," Brue demonstrates a rare knack for placing himself in the shoes of others, real or fictionalized, and writing melodically inventive, emotionally resonant stories about them.  No wonder he's been hailed as an "Americana prodigy" by Rolling Stone and as a "wunderkind" by American Songwriter, as well as receiving early attention from The Wall Street Journal and The Fader, and from his local ABC TV station.

Sammy Brue has been writing songs since the age of 10.  After receiving an acoustic guitar from his father for Christmas, he quickly embraced the instrument and began learning the songs of Bob Dylan and Woody Guthrie.  Within two months, he'd written his first original, pointedly titled "The Woody Guthrie Song."

"My dad would always play Bob Dylan, Johnny Cash, Leadbelly and Woody Guthrie in the car when I was younger," Sammy explains.  "So when I first discovered the radio, when I was around six, I was surprised that that kind of music wasn't on the radio.  When I started making music myself, I wanted it to have that old sound, because that's what I grew up with and that's what I love.

"My dad got me an electric guitar when I was super-duper-young, and I just wasn't that into it," he continues.  "So I asked him for an acoustic guitar, and for some reason that changed everything for me.  I started learning the chords and wrote my first songs.  The authenticity of the acoustic guitar spoke to me more than the huge sound of an electric band."

Demonstrating an impressive level of drive and dedication, Sammy busked at the Sundance film festival when was just 11 years old, performed at the Newport Folk Festival, and opened shows for the likes of Hayes Carll, Lydia Loveless, John Moreland, Lukas Nelson, Lucinda Williams and Asleep at the Wheel.  He also released a trio of homespun but remarkably accomplished EPs—The Ghost of Woody Guthrie, The Bootleg Sessions and I Don't Want You to Leave—which helped to spread word of Brue's talent beyond his home state.

"The first EP," he explains, "was my Woody Guthrie phase.  The second I recorded in my laundry room, and it was more like what I'm doing now.  The third was me producing it and adding kick drum and tambourine and bass—I think that's where I really found myself."

Among the first to champion Sammy's talents was fellow artist Justin Townes Earle, who invited him to open for him after meeting Sammy and his dad on a tour stop, and later featured him on the cover of his 2014 album Single Mothers.

The growing buzz helped Brue to win a recording deal with New West, home of such Americana icons as Rodney Crowell, Steve Earle and John Hiatt.  Recording I Am Nice in Florence, Alabama, Sammy, along with co-producers Tanner and White, gently augmented his songs with spacious, evocative arrangements that showcase the strength and substance of his lyrics and melodies.

"It was just a great experience," Sammy recalls, admitting, "I was nervous at first, because I'd never recorded an actual album with real professionals and I didn't know what to expect.  But eventually I told myself 'This is your album, this is what you want to do for the rest of your life,' and that's when I pulled into another gear.

"Two days into the recording, me and John Paul White and Ben Tanner were best friends.  It was so easy, because we were all on the same page, so I didn't feel too nervous to say 'let's add this' or 'let's take this out and try something else.'  I expected John Paul to be a very serious, strict person, but he was an even bigger goofball than me.  That made the whole experience a lot easier.

With his first full album in hand and his first national tour in the offing, Sammy Brue is matter-of-fact about taking his next musical steps.

"The whole idea of music, for me, is to make people feel certain emotions, and make them feel like I'm singing to them." he states.  "When people tell me they feel that way, it gives me a lump in my throat.  There's endless possibilities to music, and I  can't wait to learn more about it and find new hooks and new ways that chords go together.

"I'm lucky enough to have found the thing that I want to do for the rest of my life," he concludes.  "It's kind of funny, because my friends and my family all see me as a goofy teenager who can't take anything seriously, but I'm very serious about music." 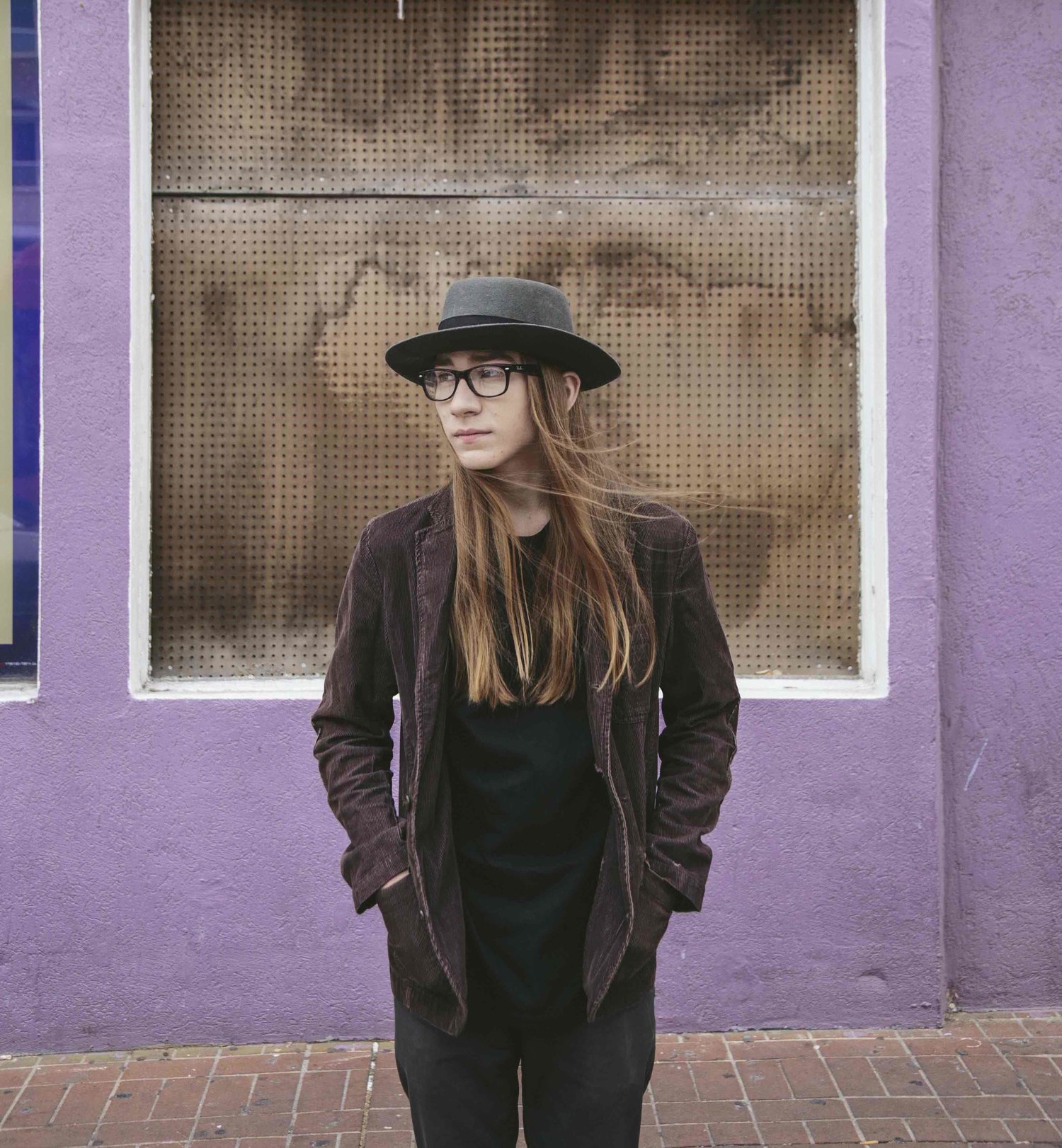